Common bees that you may be familiar with include honey bees, bumble bees and leaf cutters. Did you know that there are over 4,000 different types or species of bees? All bees belong to the insect or Super-family ‘Apoidea’. Apoidea also includes ‘sphecoid wasps’, from which bees are believed to be descended.

Honey bees are super-important pollinators for flowers, fruits and vegetables. This means that they help other plants grow! Bees transfer pollen between the male and female parts, allowing plants to grow seeds and fruit. Honey bees live in hives (or colonies). The members of the hive are divided into three types including the Queen, Worker, and Drones. One queen runs the whole hive. Her job is to lay the eggs that will spawn the hive’s next generation of bees. The queen also produces chemicals that guide the behaviour of the other bees. The queen can live up to five years. She is busiest in the summer months, when she can lay up to 2,500 eggs a day! The worker bees are all female and their roles are to forage for food (pollen and nectar from flowers), build and protect the hive, clean and circulate air by beating their wings. Workers are the only bees most people ever see flying around outside the hive. The average worker bee lives for just five to six weeks. During this time, she’ll produce around a twelfth of a teaspoon of honey. Drones are the male bees, and their purpose is to mate with the new queen. Several hundred live in each hive during the spring and summer. But come winter, when the hive goes into survival mode, the drones are kicked out!

Bumblebees are large, fuzzy insects with short, stubby wings. They are larger than honeybees, but they don’t produce as much honey. However, they are very important pollinators. Without them, food wouldn’t grow. Two-thirds of the world’s crop species depend on animals to transfer pollen between male and female flower parts. Bumblebees are the leaders in pollination. Their wings beat 130 times or more per second. The the beating combined with their large bodies vibrates flowers until they release pollen, which is called buzz pollination. Buzz pollination helps plants produce more fruit. There are over 255 species of bumblebees. The largest is the queen of the Bombus dahlbomii, which can grow up to 1.6 inches (4 centimeters) long. Bumblebees usually build their nests close to the ground, under piles of wood, dead leaves and compost piles, or even below ground in abandoned rodent tunnel. A dominant female called the queen rules the colony. The other bees serve her or gather food or care for developing larvae. During the late fall, the entire colony dies, except for the queen. The queen is the mother of all the bees in a colony. After waking from hibernation, the queen finds food and looks for a good location for a nest. Once the nest is found, she lays her eggs and stores up food for herself and the babies.

Bumblebees are larger than honey bees and generate more heat. This allows them to work during cooler weather. Bumblebees don’t die when they sting like honey bees.

Carpenter bees are the largest in statue in the bee family as many can be measured over an inch long! Often mistaken for Bumblebees, Carpenter Bees are different with a black shiny tail section. Carpenter Bees are not active year-round. They hibernate in the winter. Females do have a stinger but will rarely sting. These bees will sting when caught or squeezed. Since Carpenter Bees’ stingers are not barbed, they are able to sting over and over again. Homeowners find carpenter bees seasonally as they like to burrow within wood surfaces. This bee truly is a “carpenter,” tunneling into the wood of a tree limb, beam, deck, porch rail, or bench. The tunnels are built with the Carpenter Bee’s strong jaw as it vibrates itself through the wood. The bees do not eat the wood but reuse the particles to build individual cells or discard them.

If you’re in North America, you might not have heard of stingless bees because well, we don’t have them here. Stingless bees are found only in special places of the world. These bees are tropical. You can find them in Central and South America, Africa, South East Asia, and Australia. In these warm climates, the bees are often active year round. Stingless bees, like honey bees, are social and live in colonies. They have a queen, workers and drones, but some species have another member called soldiers. These specialized nest defenders are given extra food during their larval state. As a result, they develop physiological differences, like a larger body or bigger legs, that aid them in their role of protecting their colony. Stingless bees have many similarities to honey bees, but when it comes to queens, they may have a better plan. Honey bee colonies often rely on a single mated queen to sustain their population and if she dies, they rush to make a new one, but if they fail, they face collapse. In contrast, stingless bees keep unmated “back up” queens in their hives in case their active queen fails. These virgin queens just keep out of the way until they are needed. Swarming for them is a gradual process. When it comes to swarming, scout bees and worker bees often travel ahead of the queen to the new location and begin building the new nest before she arrives. The bees will sometimes transport materials to their new nest site from the old for weeks before the process is complete.

View all posts by thepreschoolersconnect

How to Instill Self-Care Habits Among Preschoolers 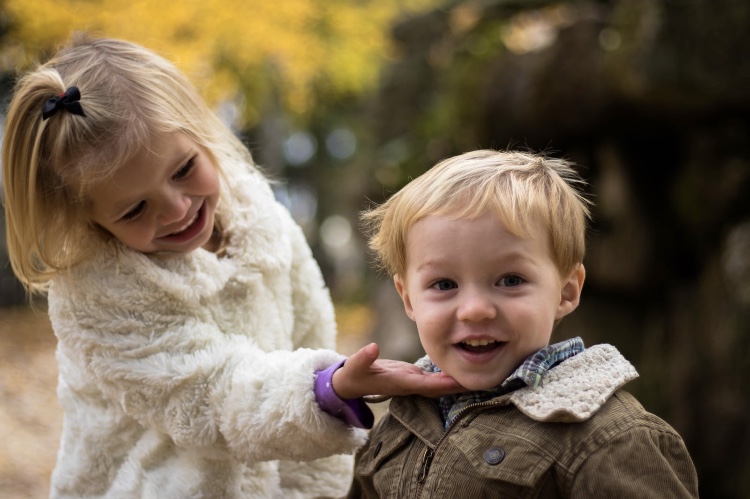 Anya Willisanyawillis@fitkids.info Instilling good self-care habits among kids from a young age teaches them the best ways to prioritize mental and physical health. When it comes to preschoolers, the focus on self-care activities should be to help them develop independence in tasks such as bathing, eating, dressing up, cleaning, and more. While these tasks may […]

Book Review: “The Design for How People Learn” by Julie Dirksen 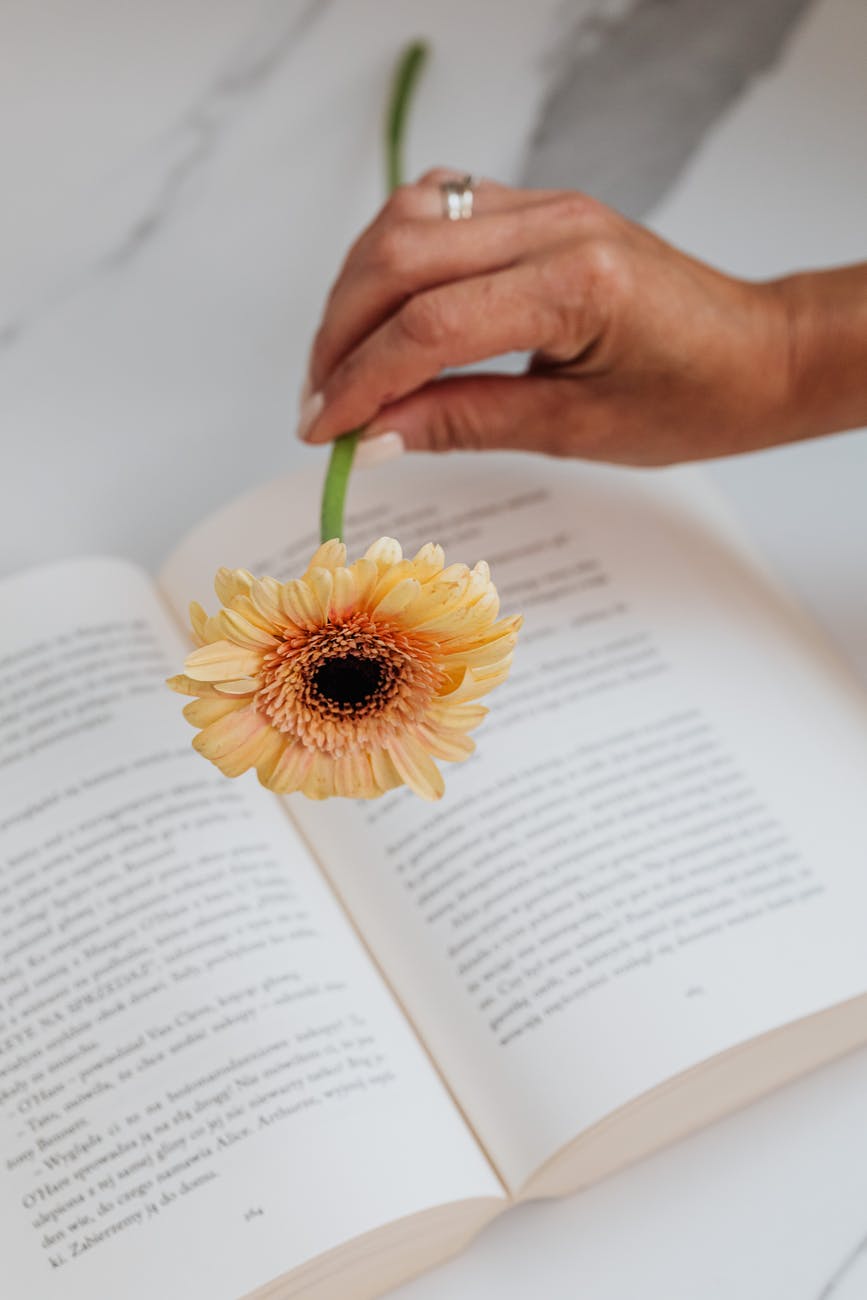 Instructional Design for Context: Book Review             With the text, “The Design for How People Learn” by Julie Dirksen provides a practical framework for creating learning opportunities for all learning abilities.  The text takes the instructional designer on a journey to discover how to cater to the learning demands of their students.  Throughout the course […] 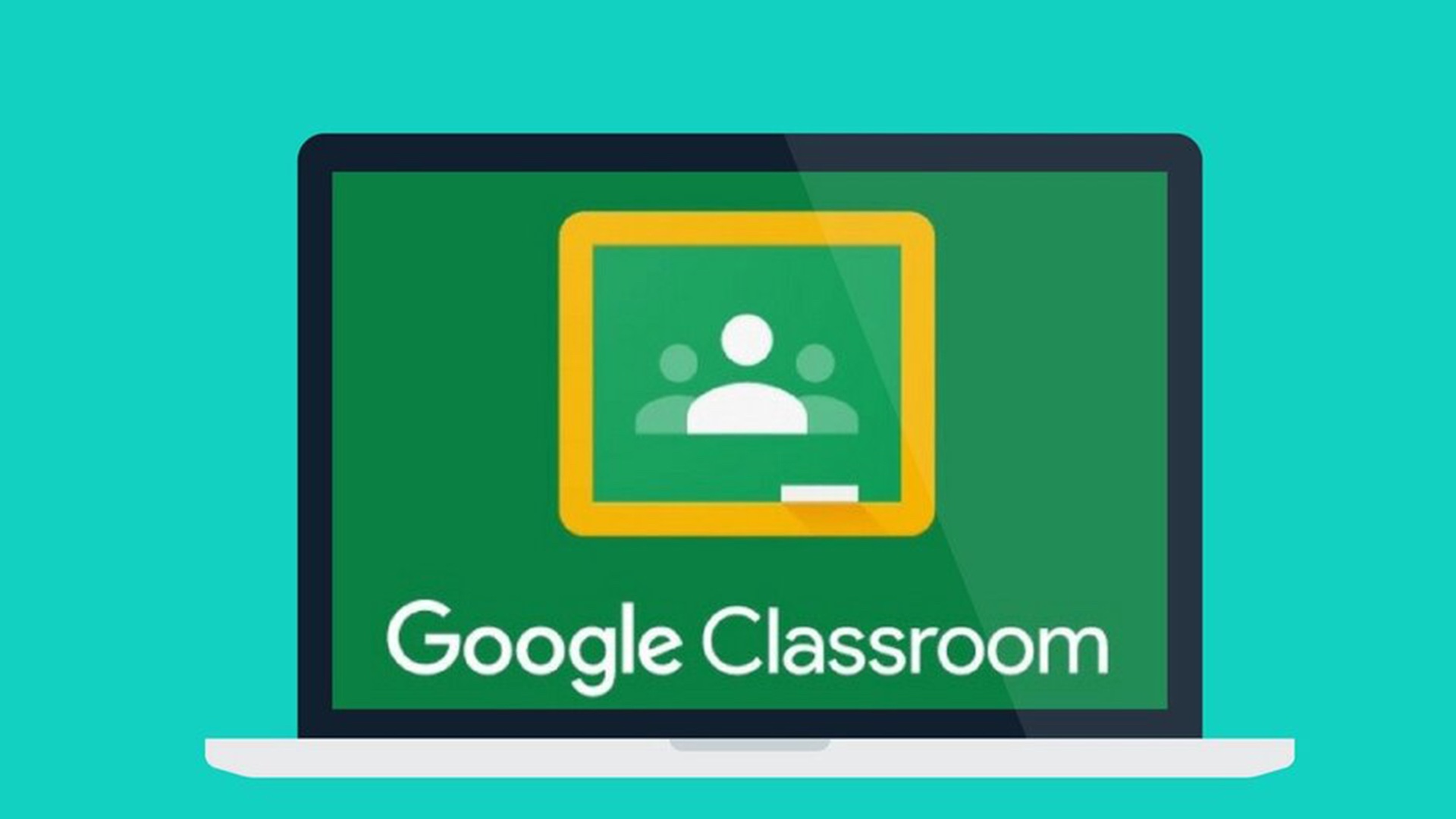 Collaboration and Communication Apps Marilynn Andrews, M.A. GroupMe Application GroupMe is a messaging application to which can be categorized into groups based on the intended audience. GroupMe is best known as a simpler way to stay in contact with coworkers, organizational groups, friends, and family. This application can be downloaded from iOS, Android, and desktop […]

Golden Years: Tips and Resources for Raising Children of All Ages 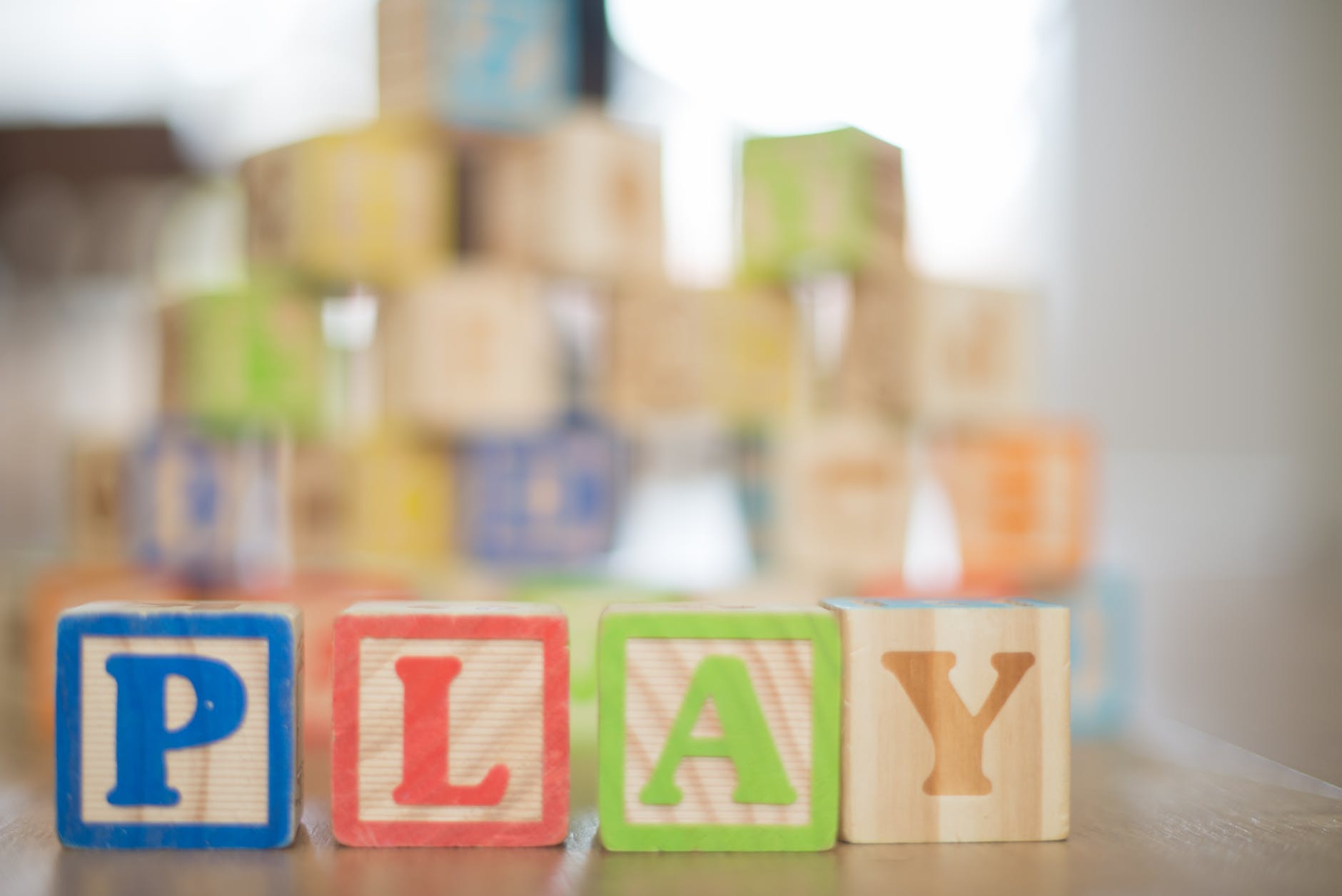 Author: Lisa Walker It’s true what they say, it takes a village to raise a child – in the modern age, that often means making use of the many online resources at your disposal. Whether they’re 2 or 12, help is only a click away. Brilliant Babies From the ages of 0-3 months, your newborn […] 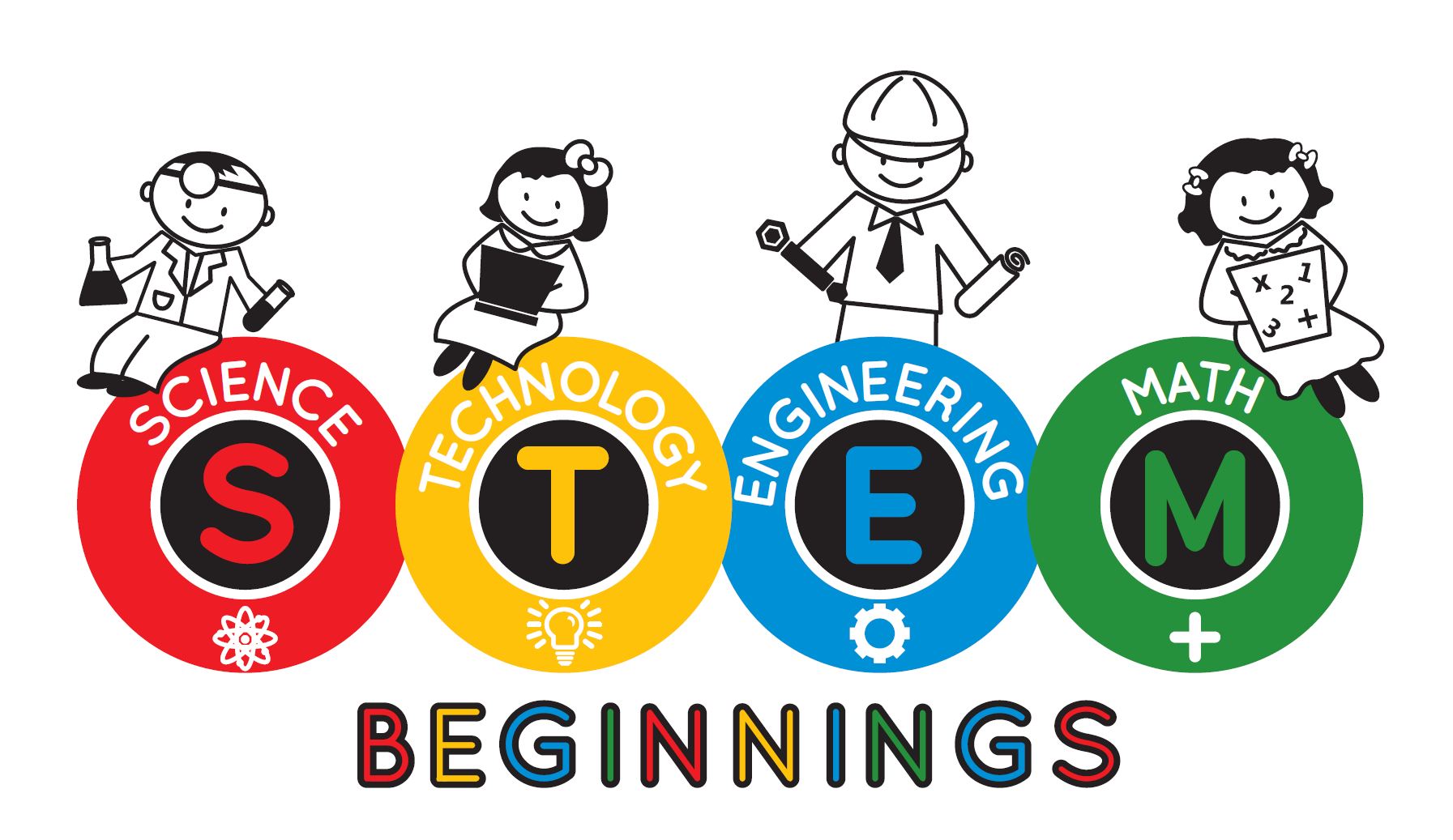 STEM, Robots, Codes, and Maker’s Spaces Marilynn A. Andrews, M.A. Technology within education continues to expand as the demand and interest levels of students and prospective students steadily increases.  Within various educational environments, the concepts evolving around STEAM, Robots, Codes, and Maker’s Spaces are integrated into curriculum as a means of technical exposure, proactive training, […] 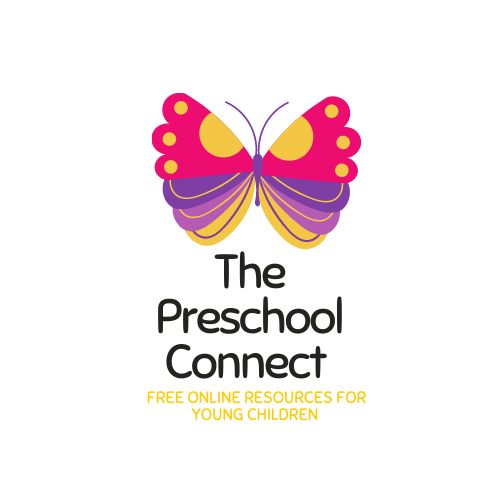